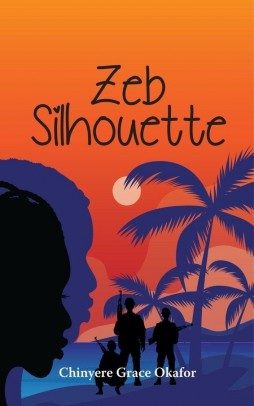 It is amazing that in a year when an African novelist, Abdulrasaq Gurhni won the Nobel Prize in Literature for what the Norwegian Academy referred to as "his uncompromising and compassionate penetration of the effects of colonialism and the fate of the refugee in the gulf between cultures and continents," a phenomenal new book on ‘the cause of women, love and immigration’ would be published.

The twin topics of Migration and Immigration have become particularly contentious in national and international debates. Recent developments and opinion polls have shown that immigration is one of the most important issues occupying people’s minds. Unfortunately, a woman migrant has been confirmed by research to be doubly burdened because of the pervasive discrimination that many women are exposed to during the process of legitimizing their stay in foreign countries.

To some people, the problems besetting refugees, despite being very topical and global in nature are issues which are best left to Politicians and Human Rights activists to handle. Not many people believe that these issues can find relevance in literature. However, Professor Gurhni and now Chinyere Okafor among other writers, have put the issues on the front burner of our national discourse through their fictional works. In Zeb Silhouette, Okafor has used gripping fiction to explore contemporary social issues and how they play out in the lives of ordinary people.

In her dedication to the novel, Chinyere Grace Okafor gave kudos to ‘these giant shoulders and more who gave me strength as I journeyed beyond self to stories of Immigrants before the metamorphosis that led to the writing of Zeb Silhouette’.

In the Foreword to the book, Chioma Carol Opara, the Rivers State University, Port Harcourt, Nigeria, Professor of English and Comparative Literature refers to the book as; ‘’a convoluted expose of love, pain and grime which is poignantly, explicitly and tellingly etched. In the amorous Odyssey spiked with tinctures of angst and mania, the female protagonist, Zebra Olima periodically undergoes physical, emotional and psychological battery in the length and breadth of the highly captivating narrative’’.

Obviously a thinly veiled autobiographical account, Zeb Silhouette, is divided into 55 Chapters with racy captions such as ‘Tribute to Petticoat’, ‘Light The Candle’, ‘Gold Digger’, ‘This Mountain Will Fall’, ‘Forget Me Not’, ‘Thanksgiving Blues’, ‘This Too Shall Pass’, ‘Husband Of My Wife’ among others.

In order to explain some indigenous Nigerian local phrases, mainly from Igbo and Urhobo languages that had been generously sprinkled to garnish the beautiful and gripping narrative, a Glossary ‘of Unfamiliar Terms’ had been placed at the end of the book.

The voluminous but well produced book took off in Chapter One on a catchy note as the book’s protagonist, Zebra Olima observed thus; ‘It took ten months of rehabilitation and weekly sessions with my shrink to get me to this happy place in my life’’. The book then continued as Zebra related her odyssey with her ill- fated marriage to Igo, with whom she had two children as well as her dalliance with Jaja who was ten years younger than her and with whom she had a secret son.

In relating Zeb’s story, Chinyere Okafor projected her protagonist as a strong woman who had powers over herself and her decisions. In addition, Zeb had motivations, obstacles and goals of her own. And even though she married early in life with three children, Zeb still had a personality and destiny that were separate from her husband’s. Perhaps, it was this ability to have different perspectives that has made Zeb’s story richer and more poignant creating at the end of the day, an irresistible page turner.

When Anise, Zeb’s childhood friend saw how much her friend was suffering in Nigeria due mostly for her Human Rights activities, she pleaded with Zeb to leave the country. As she put it; ‘’I’m begging you my friend, leave that sick country of ours. You can be a better citizen of that country from over here. Trust me. You can write in the papers here and get the world to help. Over there, they just muzzle everybody and your views cannot get out of the country.’’   It took a very close shave with death to finally convince Zeb to move to the US after leaving her children with her mother in Nigeria.

Zeb’s tumultuous stay in the US as an immigrant saw her facing many hurdles in her quest to have a comfortable stay as a student, single lady and a Human Rights Activist.  At a point, one of her friends advised her to use her beauty to make herself comfortable. As the friend put it; ‘Use your beauty to hook a man who will give you a Green Card. You’re lucky to be single, so it will be easy to catch a guy’.

Fortunately for Zeb, the support of her friends including Anise and her husband, Alex, Chioma, Gloria among others helped her to tide over the difficult time and she didn’t need to sell her body to make herself comfortable.  However, staying in Anise’s house often made her uncomfortable and deeply introspective as Anise once observed when she asked her friend; ‘‘What are you thinking about?’’ to which Zeb replied; ‘’I’m thinking about my continued stay in your house. Am I a burden to you?’’ In spite of her friend’s assurance that she was not a burden, Zeb still worried about her long stay with Anise and her husband because, since High School, she had never stayed in anybody’s house for more than one week, except in her parents’ house of course.

After a long struggle, Zeb finally got a Green Card so she could settle down comfortably in the US as a student on scholarship. In order to smoothen her stay in the US, Zeb adopted an American name ‘Jenny’. Her decision to visit Nigeria to check on her mother and children was delayed by a young American student, Robert ‘ Rob’ Jefferson whom she met at a party organised by the International Students Association. Rob was so smitten that he wanted to marry Zeb. At one point, the delay in getting a consent from Zeb drove the young man into a drinking binge. As Rob put it; ‘’I’m in love with an African woman and she is going home to her husband. I can’t take it. I got drunk’’.

However, after a lot of introspection, Zeb finally acceded to Rob’s marriage proposal. The two applied for their marriage license while the civil ceremony was postponed by Zeb so that she could bring her kids who were in Nigeria to be at the wedding ceremony. Despite Rob’s objection, Zeb decides to travel to Nigeria to among other things, see her mother and children. The trip to Nigeria came with a lot of incidents which further compounded the young woman’s life.

It has been said that the best writing often springs from the most turbulent lives. Chinyere Grace Okafor through her alter ego, Zebra Olima, has been able to pull off a fantastic narration of her experience as a single mother, Human Rights Activist, unwilling immigrant and adult student.

In Zeb Silhoutte, Okafor glided serenely through the beautiful work of art, her spirit shining with sobriety and her soul, glimmering with her deep love of God. and her children whom she constantly prayed for; ‘On Sunday, Zeb and Esi go to Our Lady of Sorrows Church by Philadelphia Avenue. They are early because Zeb wants to visit the Blessed Sacrament Chapel to pray for her special intentions. She prays for her children’s protection and maintenance of good behaviour and for God to make it possible for her to bring them to America.  The prayers and service help to reduce her feeling of loneliness’.

In the book, the author created a strong woman who often, did not need the help of men but believed in her own ability. This style is in tune with the narratives of some contemporary romance writers such as the American novelist. Beverly Jenkins. According to Jenkins; ‘I think that women in general especially women of colour have had to be strong in order to deal with the times and what they faced. I don’t do weak women in my novels and I don’t think my readers want to read about weak women’.

Chinyere Okafor has done an exceptional job in balancing the delicacy of a gripping story against the brutally harsh realities of life as a single mother, a Human Rights Activist and an Immigrant. Hers was often the tale of forbidden love that, at times, seemed explicit and graphic in its delivery;

Zeb can hear a big slap, probably the woman’s face or buttocks. There is a loud blast of a shot. Loud screaming! ‘Sexy mama, move or you go down too’ Zeb is now barely aware of what is happening. She staggers. Her leg is caught in the web of thorns and shrubs. She is vaguely aware of being pulled from the mesh, of her jeans being cut off her body, of her legs being pulled apart’.

Despite the above, the narrative did not hold back in any of its ugliness and neither forgave nor did it provide leniency to those who are complicit.

What Okafor was able to accomplish in this novel is a story of genuine hope. And even though it is tempting to criticise her occasional foibles of impetuous romantic affairs, it is not for us to be judgemental.

According to William Kenower, an American novelist, writers should never apologize or explain any of their past that might seem to be ‘bad’. As he put it; ‘the reader is not interested in forgiving you. Readers want to be entertained and inspired. It is your job to forgive and understand’.

Through Zebra Olima, Chinyere Okafor through her courage and imperfection was able to navigate many storms. The story of her life was like finding happiness in the wake of a tragedy. Hopefully, her words on the pages of Zeb Silhouette will help others do the same.