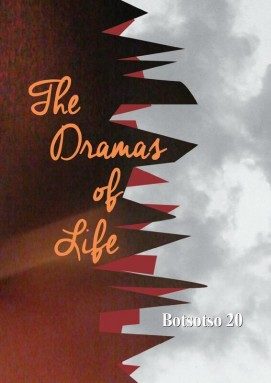 At a book fair which was held last year in Port Elizabeth by the Imbizo Arts Publishing, I bought from one of its writers’ copy of the Dramas of Life which is a collection of short plays by different playwrights published by Botsotso, shortly after its launch.

The good cover and quality binding of this unputtable down book impressed me immediately as I received it. It was even before I opened it and read the explicitly revealing introduction which was written by its co-author and co-editor Allan Kolski Horwitz, the further informing features such as brief history of each play and authors’ biographies and also the eight plays themselves. The plays (these comedies, tragedies and tragicomedies) whose writers come from different quarters in our cultural diversity. In its address and focus, The Dramas of Life proves to be a South African literature of the post 1994 era. Set in taxi rank, township, suburban and rural village, these plays about our cultural present, are except the two, all one-act play with scenes varying between three and thirteen in number. Their themes include politics, education, aphobia (segregation of the person with albinism), African tradition, love and marriage etc. and among issues that come to light in these plays are: unwillingness among members of this country’s white folk for reconciliation; small change in gender relations that still reflect patriarchy and its negative effects to the victims, escalation in levels of corruption and misgovernance; persistence of the huge gap between the haves whose majority are whites and the have nots whose majority are blacks; and others. Their spirit promotes reconciliation, nation-building and full flowering of South Africa’s democracy and embraces the heritage of cultural diversity.

Almost all the plays of The Dramas of Life have been to the theatre and are award winners. In their performance, characters in these plays show possession of energy and wit; and their speeches and movements are vivid and memorable. In some of the subjects that they deal with and in how they do that, these plays remind one of the plays of Anthol Fugard and those of John Kani that fought against apartheid. I hope this 231 page book which entertains, informs and educates has been received with warmth by the audience; especially as anthologies of short dramas are a rare breed in this country; even though the South African writers publish continually their short plays in the SA literary journals like Kotaz (PE), Botsotso (Jo’berg) and Bleksem (CT). And also, as almost all of these plays are adaptable for use by the television and radio, And one may not be irrelevant if one prepares The Dramas of Life for school use, particularly by the FET levels.