Review by: Africa at LSE 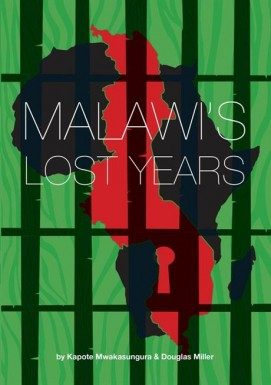 Known abroad, if at all, as apartheid South Africa’s sole black African ally and for his eccentric public policies (beards were illegal, as were trousers on women, and Simon and Garfunkel), the person of Dr. Hastings Kamuzu Banda effectively was the Malawian state from independence in 1964 until the arrival of multiparty politics removed him peacefully from office 30 years later. The dictator has, however, in recent years enjoyed something of a domestic rehabilitation. Several recent presidents (in particular Bingu wa Mutharika, 2004-12) have praised his achievements, sought explicitly to rekindle the “discipline” he exercised over public administration, and claimed his mantle for themselves. The authors of Malawi’s Lost Years (1964-1994), a long-term labour of love, are thereby on a mission. Veteran opponents of Banda’s, they seek to tell what they see as ‘the truth’ about his regime by documenting the testimony of those who suffered under it in myriad ways; and in so doing to denounce any rehabilitation as an insult to these ‘forsaken heroes,’ and a dangerous precedent for the future. Desiring to “democratise history,” their book primarily consists of verbatim testimony from interviews (around 45 in total), loosely organised into thematic chapters and interspersed/bookended with authorial commentary.

Of particular interest are the first-hand accounts of early Malawian politics. A young lawyer remembers the draft constitution for the new state arriving from London with ‘Uganda’ scored out and ‘Malawi’ written in its place, and extensive provisions for the Bugandan Kabaka still included. Former cabinet minister Rose Chibambo observed from inside the steady encroachment of Banda’s personal rule, culminating in the purge of herself and her fellow ministers scarcely two months after independence. And telling details abound – from Banda’s insistence that his Cabinet use the servants’ outside-toilets at his residence, to his instruction to his first UN Ambassador to simply ‘vote on the side of Britain and the USA. Whatever the topic.’ (p.120)

The dignity of those subject to the regime’s repressive apparatus is relayed in powerful and informative testimonies of imprisonment, torture and exile. The sheer capriciousness surrounding political imprisonment strikes almost as its most sadistic element. Prisoners could languish for years and never be told why, only suddenly to be released for likewise no discernible reason. The message was clear – one lived (or did not) at the discretion and whim of Dr. Banda. Machipisa Munthali spent 27 years in detention, though the prospect of impending release was often dangled before him. Kirby Mwambetania was invited to a police interview and emerged three years later, with the Inspector General himself proclaiming that he should not hesitate to contact them should he ever require police assistance.

Throughout the book are salutary reminders of a long-lost radical tradition in Malawian politics, and a time when politicians demonstrated discernible public-spiritedness and could dream big for their young country. The heady optimism of independence, of course, dissipated across Africa. But those returning home in the 1990s from long exile in the likes of Tanzania and Zambia talk even of post-Banda, “democratic” Malawi as intellectually ‘stultifying’ by comparison (p.156.) The legacy of the arch-conservative’s long hegemony, therefore, may include the strikingly stale and unimaginative universe of political thinking discernible at both elite and popular levels today, in which any deviation from neoliberal “developmentese” appears unthinkable in a literal, never mind practical, sense.

Notwithstanding its many strengths, the book is clumsily edited and would greatly have benefited from surer marshaling of its interview material. The most fundamental problems, however, relate to the authors’ self-proclaimed wider goals. The ‘truth’ about Banda that they seek to promote, it is no exaggeration to say, is that of a monster – a ‘control-crazy despot’ (p.65) governing an enslaved and terrified population, and about whom clearly not a good word could possibly be said by any thinking person. It follows, therefore, that any and all contemporary praise for his regime must be inexcusable, and can only be the product of sinister politicking and widespread ignorance.

Such views are eminently understandable in light of the authors’ personal experiences. Nevertheless, it is impossible to ignore their one-sidedness on the history – no mention is made of Banda’s modest but real economic and developmental achievements, for instance; nor the genuine sense of national purpose and unity that he instilled and embodied for many. Their representation of present-day Banda-nostalgia, meanwhile, is likewise excusable but profoundly flawed. Contemporary views on the Banda era are complex and vary dramatically, but Malawians have a clear understanding of what the 20+ years since have entailed: rapidly deteriorating economic and social circumstances (the country now ranks, on some measures, as the poorest in the world); increased donor-dependency and delimited sovereignty; and the arrival of a corpus of “democratic freedoms” that many have come to equate both with an epidemic of “indiscipline” exemplified by ballooning corruption and soaring crime, and with a multiparty system that exacerbates divisions (ethnoregional and otherwise) while offering voters few if any meaningful political choices. It is in the light of this experience, and not ignorance or disrespect, that so many Malawians increasingly look upon Banda with at least some measure of esteem. For millions, tragically, ‘Malawi’s Lost Years’ feel less like those spent under Banda, than those that have followed them.