Review by: The New Internationalist 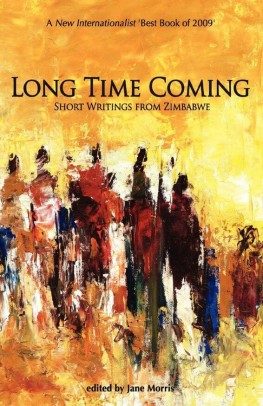 It is little short of miraculous that, despite the disease, oppression and hyperinflation that is the reality of today's Zimbabwe, writers are writing and publishers are publishing.

With even the much-derided official inflation rate in the multi-million per cent bracket, I have no idea how 'amaBooks, who are based in Zimbabwe's second city, Bulawayo, have managed to raise the resources to publish this volume but I do know they deserve the highest possible praise for doing so. They describe these short stories and poems by 33 writers who live in or have a connection with Bulawayo as snapshots... of a country where shops have no food, banks no money, hospitals no drugs, bars no beer. Each piece here – and they are miniature marvels, with no story longer than eight pages – vividly illuminates an aspect of what it is actually like to live in a country that has been systematically looted and stripped of functioning organizations.

Daily life becomes a one-sided struggle against insurmountable odds; a recurring theme is the immense difficulty in simply getting from place to place when there is no public transport and petrol is scarce and ruinously expensive. Those lucky enough to have jobs earn less than the cost of their journey to work and those without work battle despair and hunger. There are odd glimmers of lightness and pleasure here, albeit tinged with gallows humour. It would be unfair to single out individual authors for praise but, taken together, these stories cohere into a panorama of Zimbabwe. Read Long Time Coming and remember the next line in Sam Cooke’s song …’but I know a change is gonna come’.