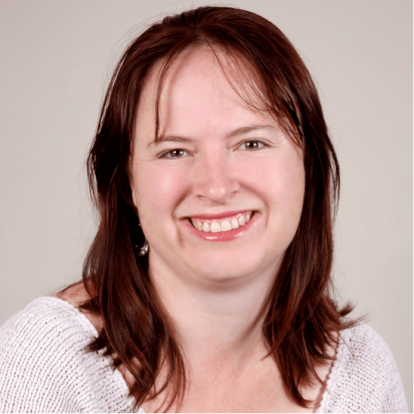 Elizabeth le Roux is Associate Professor of Publishing Studies in the Department of Information Science at the University of Pretoria. She is co-editor of Book History, and researches the history of publishing in South Africa and Africa more broadly. She is the author of A Social History of the University Presses in Apartheid South Africa (Brill, 2016) and Publishing Against Apartheid: A case study of Ravan Press (Cambridge, 2020).

The myth of the ‘book famine’ in African publishing

Books and publishing in Africa are often described in terms of ‘scarcity’ and ‘famine’, evoking the need for a crisis response. But do these terms reflect the reality of how Africans produce and engage with books? Elizabeth le Roux argues that the famine analogy is perpetuated by a book aid industry that works counter to structural solutions based on local book development. The narrative of famine or booklessness is not an accurate description of the state of African publishing any more, but its pervasiveness means it has real social, economic and policy implications.

‘Our goal: to end the book famine in Africa’ – so says Books for Africa, a book donor organisation. Such book donors refer to empty bookshelves and the ‘grave educational plight’ of ‘deprived children’ and ‘desolate libraries’, posting images of children in rural schools seemingly begging for books, images that remind us of starving children and famine responses. These concepts of booklessness are often based on the notion that African countries are incapable of producing sufficient books to meet local demand, and that Western aid is essential to development on the continent. The term has now become synonymous with the status of books in many developing parts of the world, and especially African countries. It is still common to find references to “the persistent book famine”, “lack of access”, “scarcity of locally published material”, “bookless society” and “a continent with a recognized book famine”, by a wide range of authors, publishers, academics and general commentators. This narrative of scarcity and famine has become widespread through frequent repetition, employing emotive language and images of children, anecdotal evidence rather than broader data and the exclusion of competing narratives that could complicate the picture. Real, material scarcities continue to exist, at the same time as we see that narratives of scarcity and famine are constructed.

Book hunger as a narrative

Book famine is an extreme analogy, evoking a crisis response. However, with repeated use, the concept has lost its shock value and has come to be taken for granted. The term can be traced back at least to the 19th century, when it referred to a general shortage of books. Tracing the historical use of this term shows that, after World War II, it was used to draw attention to UNESCO’s role in advancing literacy and development. UNESCO believed that, ‘[a] sound publishing industry is essential to national development’, and used the term to draw attention to their agenda in advancing literacy and their aim of ‘Books for All’. The Books for All programme of action argued that ‘adequate supplies of books must be made available to all who need them’ because ‘[t]his poverty, so acute in some countries as to be characterized as a “book famine”, is a grave obstacle to social and economic development’ (Unesco 1973, 6). A 1981 regional meeting on book development in Africa also stressed that books are ‘indispensable factors in economic growth and national development’ (Unesco 1981, 7).

In The Book Hunger, Ronald Barker and Robert Escarpit describe an ‘acute shortage of books’ across the developing world in the 1970s, arguing that, ‘Low production, inadequate distribution channels and the high cost of importing sufficient numbers of books combine to deprive the public of the reading materials they need’. Barker and Escarpit linked problems of low production and access directly to issues of access and selection, and sought to develop local industry to alleviate shortages. Book famine, in their terms, was more about improving access and resources, than providing ready-made books.

A wide range of reports continue to emphasise the role of books in national development and highlight the urgency of a scarcity of books. The World Bank argues that ‘A viable indigenous publishing industry is critical to the economic development of a country, as it supports its progress in literacy, education, and empowerment’. Because of the link to development, most of the focus has fallen on shortages of educational books. The World Bank, in particular, has been criticised for focusing its funding and policy interventions on educational books, to the exclusion of other forms of knowledge and cultural production, and book donors could be accused of the same narrow focus on literacy and education.

The evidence for book hunger often relies on outdated statistics on book publishing and consumption to describe the entire continent of Africa, such as the oft-repeated claim that Africa produces only 2-3% of the world’s books annually. This figure is incorrectly attributed to a Unesco survey on ‘Books in the Promotion of Development in Africa, which noted that, ‘Africa contained 9.4 per cent of the world’s population but produced only 1.5 per cent of the books printed annually’ (Unesco 1969, 9). Further, but still incomplete, surveys from Unesco in the 1970s were unable to provide more accurate figures. A CTA report on technical publishing in Africa, based on later research conducted in 1990/91, found that local demand for books was, by contrast, strong and readership levels were comparatively high, but that reading was hampered by a lack of resources, problems with obtaining books and limited selection. This complicates the notion of a lacking ‘reading culture’ in African countries, as promoted by popular discourse and organisations such as the African Union.

The most commonly cited causes of book shortages are economic (such as the high costs of book production amid poverty); political (poor governance and corruption, and a lack of policy frameworks); and infrastructural (an inadequate supply and distribution infrastructure). What differs is how these causes are combined, and whether they are seen as internal or external. Books for Africa, for instance, describes internal causes: ‘Wars, economic crises, poverty, malnutrition, and illiteracy plague many areas of Africa’. The economic situation in African countries is often presented as a cause of book famine, but African organisations view this as a problem with external causes, such as a shortage of investment finance or foreign exchange restraints. The key internal factor identified by African sources is political: the role of government. While media coverage of famine usually has some effect in exerting pressure on governments to alleviate suffering within their own country, this has not been the case for the book famine. Book development has had remarkably little impact on government policies.

Famine is presented as a crisis, requiring urgent intervention. Responses often rely on the logic that it is ‘simply a matter of sending money to feed the innocent starving victims which would solve the problem for good’. But such aid is a short-term response, and not the most effective. For book famine, similarly, there have been two main approaches: (i) short-term book aid or donation programmes, and (ii) support for local publishing industries – but the latter has been downplayed even as huge international charities have arisen to manage the former. These donor organisations actively perpetuate the discourse of famine, and set themselves up as the solutions to an ongoing crisis. Notably, they do not seek to address the causes of book shortages, only to alleviate the symptoms in the short-term. They do not answer the question of why, if the book hunger has continued this long, with millions of books donated, there is still a ‘famine’. They also continue to promote the myth of a complete lack of indigenous publishing.

But their description of book scarcity contrasts sharply with the growth, viability and increasing visibility of indigenous publishers. African meetings on book development, including by the World Bank, UNESCO, ADEA and African publishers among others, have repeatedly called on donors to support local book publishing, rather than donating books, but their calls have gone unheeded. For years, scholars have criticised the World Bank for its focus on provision rather than production: ‘it is only interested in putting books on the children’s desks and has no interest in assisting local publishers. Clearly, however, book provision from external sources ought to be a short-term, emergency operation.’ While the Bank concluded in 2014 that donor solutions were not working, and that the only lasting solution was to strengthen the book chain within countries, this initiative was short-lived. Similarly, a UNESCO survey of textbook projects found that they were aimed at short-term gains to overcome immediate and shortages, and paid little attention to building local publishing capacity. The African Books Collective, a non-profit organisation dedicated to circulating books from African publishers in the international market, has made an effort to invite donors to select books for donation from their catalogue, which features a wide range of locally published works – sadly, with little success.

In spite of their good intentions, book aid thus works counter to the solution of local book development instead of in parallel with it, and serves to ‘sustain foreign domination of the African market at the expense of independent local publishers’. The narrative of ‘book famine’, which may have initially been intended to call attention to global inequalities, has been co-opted as a means of perpetuating those inequalities.

While we lack sufficient data to fully counter the myth of a book famine, research shows that African publishers very actively produce books, that African consumers buy and read them and that both print and digital formats are in widespread use. This suggests that the starting point should be support for indigenous publishers, national book policies that promote local knowledge production and consumption and simplified channels for intra-African trade. These interventions could make a real difference.