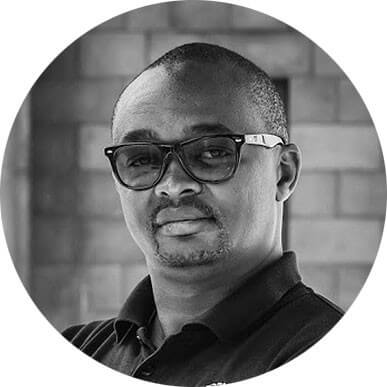 Dr. Job Mwaura is an Open Society Foundation Postdoctoral Fellow in the Institute for Humanities in Africa (HUMA), University of Cape Town. Job Mwaura completed his doctoral studies at the Department of Media Studies at the University of the Witwatersrand (Wits), South Africa. He holds an MSc in Communication and Journalism from Moi University, Kenya. His research interests include digital media in Africa, African studies, digital activism, digital cultures and social justice.

I came across a discussion on Twitter a while back about how notable women, especially those in academia, were either missing from Wikipedia or had their entries written incorrectly or with insufficient information. People in the discussion, on the other hand, pointed out that prominent men outnumbered notable women when it came to being classified in Wikipedia entries – a stark difference when compared to women's entries.

As a result, several groups banded together to correct this through an Edit-a-thon project, which aimed to increase the visibility of famous women in this publicly edited online resource (Wikipedia). Although there have always been warnings about the accuracy of information on Wikipedia in some academic circles, research has shown that Wikipedia serves as the first place to go to research a topic. Therefore, it is important that notable individuals and their works are captured on the site in a fair manner. But this is just an iota of the issues facing women the world over particularly in academia.

Because of the lower emphasis put on educating daughters (who marry and leave the family) and the lower status of girls and women in general, women's voices have been silenced and denied the opportunity to achieve their full potential in most African communities for ages. While efforts have been made in recent decades to increase girls' participation in formal education, especially in developing countries, inequalities still exist, such as a male-dominated pool of educators (teachers) and women being absent or underrepresented in some disciplines such as science and engineering. But this is not all. Women who get lucky to be in leadership roles in academia face a host of challenges. Cristina Alcalde and Mangala Subramaniam, for example, found that women in senior administrative positions are the lowest paid among higher education administrators, and that they are not only denied leadership opportunities at the end of an extensive career, but that opportunities seem to vanish at different points along their paths.

The point I wish to focus on in the rest of this article is the presence of women in knowledge management, publishing, and research dissemination in Africa. In my recent effort to compile a detailed database of scholarly works in East Swahili and Anglophone Africa, I was dismayed to see how few women were listed as editorial managers, Editors-in-chief, or even on the editorial boards of journals and other publishers. Yet we know, from research and our own academic experience, that qualified and ambitious women are definitely not in short supply. In a keynote address at a conference on Gender Equality in Higher Education in Berlin,  Susanne Baer argued that “numbers matter” referring to the representation and participation of women in academic matters. But there were two questions I kept asking myself: first, why were women less involved in knowledge creation, management, and dissemination in Africa, and second, what this lack of involvement/exclusion meant.

Patriarchy is deeply entrenched in many cultures and communities around the world. Many communities in Africa, for instance, consider the man as the head of the house. This culture obviously perpetuates patriarchy and subordination of women which in turn finds its way to the higher institution of learning. While generally many women in many African societies face widespread poverty, sexism, and heavy labour burdens, they are still denied access to education right from elementary school, which continues to grow across the education system, yet, often, it is one of the ways out of poverty. Further, because of these marginalisations and exclusions, leadership positions in higher institutions of learning are dominated by men while women are pushed to subordinate positions. This is evident even in leadership roles of knowledge production and research dissemination. For instance, in Uganda, of the 12 journals listed in African Journal Online (AJOL), 10 Editor-in-chief positions are occupied by men. In Ghana, of the 26 journals listed in the same database, only three women are Editors-in-chief of journals. This trend is also evident in Kenya, Nigeria, Tanzania, Ethiopia, and a host of other African countries. It was also noted that the women listed as managers of the journals were listed in subordinate positions such as assistant editors or support contacts. In the database of the National Inquiry Services Centre (NISC), a publisher of premier African scholarly journals, of the 38 Editors-in-chief for various journals, only 12 were women. Elsewhere, South Africa only has four women vice-chancellors out of 26 universities while in Kenya, only 8 out of 48 vice-chancellors are women. It is clear that most women in Africa are subjected to various forms of gender-based discrimination, and remain marginalised in many spheres, including academia.

But what does it mean to continually sideline women in academia and particularly in the field of knowledge production and research dissemination? Domination of men as gatekeepers of knowledge production means creating a possibility of segregation and undervaluation of research interests such as feminist approaches and scholarship. In addition, women’s stories will be told from men’s perspective or filtered by men’s biases. Furthermore, as men dominate top positions in knowledge production, gender inequality can extend to excluding women from review and editorial work that determines the publication process and decisions. In the end, stories or scholarship on women will be buried, erased, and neglected or undoubtedly be lost to us for a long time. I will end by mentioning that there is a need to have gender balance in leadership of knowledge production and research dissemination that also allows proper mentoring of marginalised groups into leadership positions in academia. It is also important for men, particularly those in leadership positions, to reflect on how to best mentor women without allowing the “culture of fear” to come in between which can lead to perpetuation of misogynistic views of women and allow normalisation of gender inequality. Men must also be part of the solution to this problem.