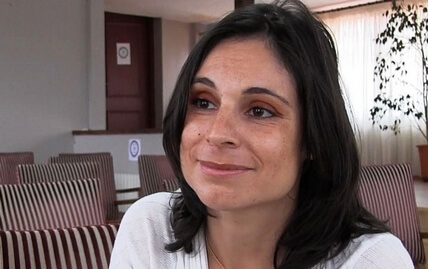 Kenza Sefrioui is a literary critic, the co-founder of En toutes lettres, a publishing house based in Casablanca.

In the Maghreb, there is an urgent need to structure the book sector

On the occasion of the 25thedition of the Maghreb book fair in Paris, literary critic Kenza Sefrioui highlights the publishing situation in the north of the continent.

The 25th edition of the Maghreb book fair took place from 8-10 February 2019 at the Town Hall in Paris.

As the Maghreb book fair celebrates its 25th birthday, it is important to note that literature of the Maghreb exists in Paris. It’s in Paris where publishers coming from Morocco, Algeria and Tunisia meet. It’s here where writers from the three countries come together, many of whom live in France or Europe, and many are from the diaspora. But these moments and some others aside, such as when universities and organisations initiate invitations, the literatures of the Maghreb are first and foremost national literatures.

Our literature and intellectual life suffer from the consequences of the non-integration of the Maghreb: closed borders between Morocco and Algeria, the exorbitant cost of transporting books, books of the Maghreb hardly crossing borders. The suitcase, i.e. the informal, is the main method of circulation. Therefore it is much easier to read an Algerian or Tunisian author in Casablanca in a French edition than in an Algerian or Tunisian edition at a price adjusted to accommodate comparable purchasing power. Co-publishing and cooperative initiatives are too few vis-à-vis needs. There is no shared database to keep track of our respective works in our multiple languages.

The phenomenon is aggravated by the structural problems of our book markets. Bookshops, which are in a very precarious situation, tend to promote imported editions, which earn them greater margins. The average price of a book published in Morocco is 72 dirhams, so about 7 euros, whilst a book published in France at 20 euros arrives in Moroccan bookshops at around 250 dirhams, which is close to a tenth of the minimum wage.

The main distributors are often branches of the multinationals and make their turnover with educational books – the overwhelming proportion of books produced – which are imported, and pay little attention to local, general literature books. And above all, the absence of book policies maintains the precariousness of this sector: there are not enough public libraries – there are fewer than 600 in Morocco for almost 24 million inhabitants; there is no law on fixed prices for books, which does not protect independent bookshops from the competition of the distributors.

An archipelago of isolated islands

With the exception of a few aid schemes (that we had to wait several years for), there are no measures to promote translation of our literatures, or help our authors to travel, who frequently find more support from the cultural services of the French embassies. Thus conditions do not come together to structure a sector favourable to the flourishing of talent and the circulation of ideas. And despite our societies being close to one another and with common concerns, the Maghreb remains an archipelago of isolated islands, where production is centred in each one. Less than 10% of Moroccan publications show an interest in the rest of the world; of which less than 1% are interested in the Maghreb.

Indeed, no country in the Maghreb is the centre of gravity of its own literary and intellectual production. A number of our authors try their luck in the better run circuits – in France for the Francophones, and in Libya and Egypt for the Arabophones, from which they hope for better editorial support and promotion. But this cuts off their production from the readership for whom it is first destined; the topics foregrounded over others look towards different audiences; imports may be censored, and books are published at inaccessible prices if authors do not have enough weight with their publishing houses to retain Maghreb rights or negotiate adjusted prices.

There are other perverse effects of this situation: the concentration of rights in works of Maghreb heritage with French publishers. Certainly, the French publishers allowed these works to come into existence in an era, still recent, when there were no publishing structures in the Maghreb, or indeed despite the censorship of undemocratic regimes. Their contribution to the constitution of our literary pantheons is to be saluted.

The democratisation of our countries

However, it is not the raison d’être of the French publishers to bring these literatures to life. Thus, some works have been out of print for several decades because demand in France was insufficient to justify a new edition. And despite these time lags and the absence of exploitation of rights, the sums of money that have been demanded to revert them are arguably abusive. It’s up to our publishers to professionalise. Indeed, the rivalry among the publishing groups between exports and rights services is a barrier to the circulation of books between France and the Maghreb countries.

There is an urgent need to structure the book sector in the Maghreb countries: so that ancient cultural exchanges between our countries do not dry up; to rebalance the exchanges we do have with France and to allow them to become a true dialogue. And above all, genuinely to be able to speak of democratisation in our countries.

The derisory contribution of books to our economies reveals how this elementary human right, which is culture, is not guaranteed to us. The human cost of this obstacle to knowledge, dreams and the possibility of sanely imagining our future is severe. We have all paid too much for it.

This article was originally published in French in Le Monde and is re-published in English with permission. The French text is available here: https://www.lemonde.fr/afrique/article/2019/02/08/au-maghreb-il-y-a-urgence-a-structurer-le-secteur-du-livre_5420997_3212.html#

The English translation was prepared by Stephanie Kitchen.