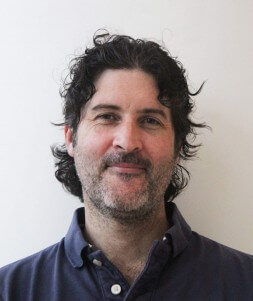 Stephanie Kitchen talks with Francois van Schalkwyk, of African Minds, South Africa, and a co-author of the report
‘The African University Press’.

Stephanie Kitchen (SK): Congratulations on publication of this new research study on the profile of African university presses. How do you see the immediate future for university presses working in the continent?

Francois van Schalkwyk (FvS): Some claim that scholarly book publishing is in trouble. At the same time, new university presses are being established: five recently in the UK, and our research revealed that two flagship universities in Africa – Makerere and Ghana – are in the process of resuscitating their mothballed university presses. Two macro developments can be observed internationally. There are perceptions in academia of ‘robber capitalism’ on the part of the large commercial publishers and there is the emergence (or perhaps return to) a knowledge commons: a new form of social capitalism made possible by the Internet and communication technologies. And on the continent, African researchers and their universities are increasing their research output. Amid these trends, there at least 52 African university presses, in various states of repair, trying to forge ahead. I believe these presses have an important contribution to make to the African knowledge base, if they are conceived appropriately given current challenges and opportunities.

SK: Two of the four case studies you include are from Ethiopia: Addis Ababa and Wollega university presses. Both are insightful and the descriptions are rich. Are there experiences that can be drawn from university press publishing in Ethiopia that might be replicated (or avoided) elsewhere in the continent?

FvS: Common to both is that their host universities are in a public higher education system receiving considerable support from the Ethiopian government relative to other African higher education systems. But we chose them for their differences. Addis Ababa University Press is housed by one of the oldest universities in Africa where norms and practices have been firmly entrenched. Wollega University is one of group of new universities established by the Ethiopian government; and while it is not immune to institutional pressures, it is still finding its niche. Also, it was one of the very few university presses in Africa with any kind of open access publishing policy in place. What we found at Addis Ababa University Press, and was a surprise to us, is an almost exclusive focus on publishing affordable scholarly books in print for the local market. In contrast, Wollega University Press has a more global outlook, and open access publishing extends the reach of their publications. Perhaps what is replicable is diversity by design? At the system level, there could be a more diverse mix of university press types with the less institutionally bound presses being more experimental while the more established presses serve the local market. Naturally, other scholarly publishers not located at universities would be part of this mix.

SK: In an eye-opening section on the publishing practices of academics at Makerere University in Uganda, you show how whilst the academic community may be producing sufficient manuscripts to support a university press, an alarming number of book manuscripts (16/25 or 64% of monographs) are currently being published by vanity or predatory presses (in Germany), whilst a very small minority of books are being published within the continent. No monographs in your sample were published in Uganda. To what extent do you sense this scenario is being replicated in other African countries?

FvS: I suspect that one would find similar patterns elsewhere, particularly at universities such as Ghana, Nairobi and others where there has been a marked increase in the number of research publications. Certainly, in South Africa research has shown that predatory publishing is a serious concern.

SK: What steps can be taken to give academics in Africa, such as the group you profile in Uganda, a better chance of legitimate publication? What can be done to achieve a higher rate of publication by publishers based in Africa?

FvS: It is not always clear whether academics are gaming the system or whether they are simply naïve when choosing to publish with predatory publishers. Our research didn’t explore this question and I’m not aware of any other research that has. If it is naïveté on the part of academics, then the number of legitimate publications could be increased by better educating academics on what their publishing options are, and what the risks are should they elect to submit their manuscripts to predatory publishers. I think university presses have a role to play in this regard. I get the sense that they aren’t engaging actively enough with academics at their own universities.

FvS: The expectation of universities for their presses to be profitable in nascent markets, and not giving consideration to the reputational benefits that a non-market-oriented publishing model could yield, is certainly one such barrier. From our case studies, I would say that both Wits University Press and Nairobi University Press succumb to these expectations. Although Wits University Press has published a few open access books since our research was concluded. It would be instructive to determine how their experimentation with open access came about. At Addis Ababa University Press we came across another barrier – that of its authors’ expectation of receiving royalty payments from the sale of their books. The press couldn’t reconcile open access and the perceived loss of sales income with the royalty expectations of their authors. African Minds is currently exploring a co-publication arrangement with Wits University Press under which African Minds will publish the open access edition and Wits will publish the print edition. Other than the novelty of the co-publication arrangement, it will be interesting to see whether there is any difference between expected and actual sales of the print edition. Beyond these specific barriers, and I am sure there are others, I think there is a general lack of understanding and confidence to experiment when it comes to open access publishing.

SK: Conversely, you appear more negative about institutional repositories, which presumably can deliver a higher rate of open access for the African continent, including in universities that do not currently have a university press and are unlikely to have one in future (a situation that pertains in institutions beyond Africa). You outline the ‘distortions and unintended consequences’ of repositories comparing them at one point to book donation programmes, which have been shown to distort markets for African publishers. In general terms, where do you think African universities and their funders should be investing: in open access repositories, their own university presses, in establishing third-party publishing arrangements, etc.?

FvS: I am not negative about repositories per se. My concern is that repositories are being seen as a silver bullet when in reality they are part of a broader publishing ecosystem; an ecosystem that consists of institutional repositories, libraries, academic authors, indexing agencies, publishers (both university presses and others), and service providers. I think there are many repositories gathering dust because they were seen as a panacea to making a university’s research output more visible and accessible.

SK: In your Conclusion, you write:

Generally speaking, funding is not the main problem facing African university presses. There are other problems, such as outdated employment models, procurement systems, a weak research culture, and inappropriate institutional frameworks that are too bureaucratic … but primarily, it is a matter of being locked into a predominant logic unsuitable to the local context that disables innovation and creates what is seen to be a “funding crisis”.

Firstly, do you accept there may be some resources issues facing at least some of the 52 African university presses in your survey, for example among the majority that have not published in the past 3 years?

FvS: Yes, resources are an issue. But probably not a uniquely African issue. How many university presses outside of Africa wouldn't want to be better endowed? Perhaps they are not under-resourced to the same degree as university presses in Africa, but I suspect they also face much higher labour and overhead costs. And unlike university presses in Africa, they are unlikely to be able to access financial support from donor organisations – support that could give a university press in Africa the freedom to explore and experiment with new approaches without the expectation of having to generate sales income. The point here is that resources are not the only issue. There is a lack of imagination, of innovative thinking about how to use what limited resources are available. Of course, there are exceptions – Langaa, for example, in its innovative use of volunteers (see interview with Langaa publisher, Francis Nyamnjoh), and Pretoria University Law Pressthat persevered with its open access strategy despite fierce resistance from university management.

SK: Secondly, as regards university presses in Africa you describe a vicious cycle being in play, or a ‘logic unsuitable to the local context’. How can this be broken? I am thinking for example of strategies such as lesser – or greater – commercialization of university presses. And of alternative publishing models. Can you say briefly what these might look like?

FvS: I think this question has been answered at various points in the answers above. The only thing I would add is that I think university presses and other scholarly book publishers in Africa would benefit from being more connected. Exchanging ideas, sharing challenges, mutually formulating solutions to common problems – these could all contribute to a more confident and dynamic scholarly publishing community across Africa. To this end, we convened in August a small group of scholarly book publishers, loosely referred to as the ‘African Monograph Publishers Network’. The idea is not to set up formal network, and time will tell whether the network will remain active and add value to those publishers who engage in it. What was apparent from the meeting was the value of spending a day together to develop a better understanding of what each publisher does and to share ideas on how to shape the future of scholarly publishing in Africa given the findings of our research. I would also hope that an active network could participate in and contribute to similar initiatives in the Global North such as the Academic Book of the Future project in the UK, and its University Press Redux conference initiative.

FvS: I would like to see research that focuses on the ‘supply side’ – in other words, on the motivations, incentives and choices of academics in Africa vis-à-vis publishing. Also, research on the broader publishing ecosystem, including non-university press scholarly book publishers and the role of libraries in monograph publishing. Both areas of research would be helpful to develop a more comprehensive overview of the scholarly book publishing landscape in Africa.